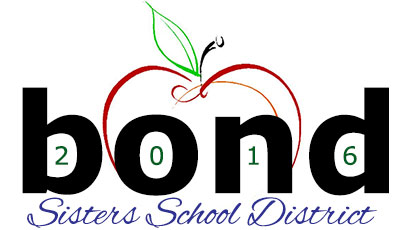 Voters in Sisters Country said “yes” to the Sisters School District’s $10.7 million bond request in the May 17 election. By dint of several other districts in Oregon failing to pass bonds, it appears that the district is in line to receive an additional $4 million in state matching funds.

Funds will be allocated for installation of security systems, safety and ADA improvements, facility and site improvements including HVAC renovations and parking lot repairs, athletic facilities improvements, and refinancing of full faith and credit obligations used for earlier capital improvements.

The bond passed by a comfortable 5-percentage point margin: 52.49 percent to 47.51 percent. However, that represents a swing of only 191 votes. Jay Wilkins, a local citizen who was a key leader in the bond campaign in Sisters, is very cognizant that a sizeable portion of the population voted “no.”

“That increases the obligation on the board and the district to spend that money wisely,” Wilkins told The Nugget. He believes it is important that the district manage the bond funds in such a manner that “no” voters “in hindsight, when that money is deployed, (think) that it was the right call.”

He said that “a lot of people weren’t convinced by our intentions. We have to convince them with our actions.”

What those actions will be when it comes to managing additional funds from state grants is not yet clear. Some local residents have expressed the hope that the district will reduce the original bond amount by a commensurate amount, effectively returning money to the taxpayers. It is not clear at this time whether that is a legally viable option.

“My advice would be not to rush to anything right now,” said superintendent Curt Scholl.

He noted that costs of construction and materials are tending higher right now and that the district had already acknowledged that some planned projects might fall off the priority list if funds were insufficient. The additional state matching funds could relieve the district of much of that concern.

“I would say it’s an opportunity to make sure we get all the projects done that we wanted to get done,” Scholl said.

Wilkins, emphasizing that he was speaking only as a citizen, not on behalf of the district, said that he would like to see the district fund ongoing maintenance needs to avoid the kind of deferred maintenance that has been the district’s course over the past several years in their effort to keep budget cuts away from the classroom. Additionally, Wilkins said, matching funds could help the district defer any further bond requests, projected for after high school bonds roll off the books in 2021, by a few years.

Scholl said he is “extremely grateful” for the support of the community, and noted that such support is not just financial or expressed at the ballot box.

“It’s overwhelming, the partnerships that happen in this community,” he said.